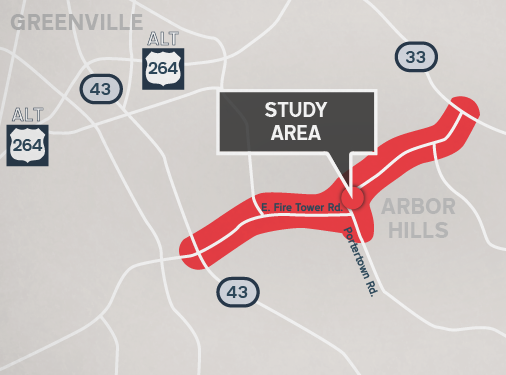 Improvements to I-440 – between just south of Walnut Street in Cary and north of Wade Avenue in Raleigh – are needed to improve traffic flow, access and efficiency along the roadway (referred to locally as the Raleigh Beltline). Changes include widening I-440 from four to six lanes, replacing pavement and bridges and upgrading interchanges. This segment has four through lanes and forms a "bottleneck" between the six through lanes at both ends, causing congestion, which is forecast to increase. 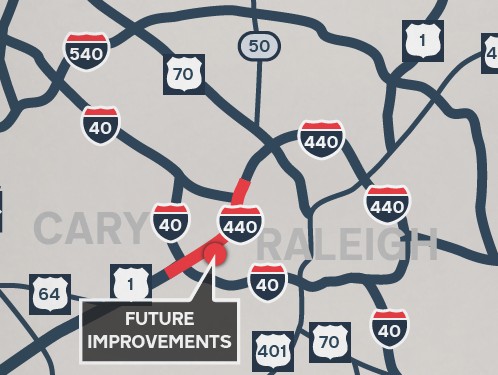 Planning and development are underway on a proposed project to extend C.F. Harvey Parkway (N.C. 148) from N.C. 58 to N.C. 11 north of Kinston to improve connectivity in northern Kinston between U.S. 70, N.C. 58 and N.C. 11. Adjacent regional and area activity centers in the area that would benefit from improved connectivity include Global TransPark, the U.S. 70 Industrial Park and industrial facilities along N.C. 11 – and points of interest northeast of Kinston. 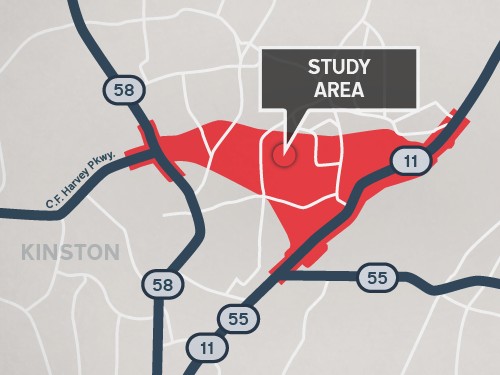 I-40 Widening - SE Raleigh to Clayton

Planning and design efforts are underway to improve traffic on a 12-mile stretch of I-40 – from Raleigh to the I-40/N.C. 42 interchange in Clayton – which serves communities in Wake and Johnston counties, connects the region to I-95 and is a primary route to coastal tourism destinations. An estimated 35.6 million vehicles traveled the roadway in 2015, making the stretch of I-40 subject to congestion and frequent delays – especially in the morning and afternoon rush hours. 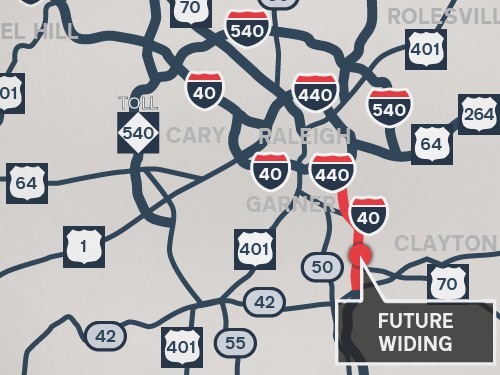